Do you have Wild Oat?

In the UK, there are two main species which frequently occur as weeds of arable crops.

Avena fatua – common or spring wild-oat occurs throughout England; more scattered distribution in Scotland and Wales. Recorded in 55% of the 2852 10 x 10 km grid squares surveyed for the Atlas of the British Flora (2002). See map:

It germinates mainly in spring (March/April) but with a variable, and sometimes considerable, amount of autumn germination too (mainly Sept/Oct).

Avena sterilis ssp. ludoviciana – winter wild-oat is less common and mainly found within 50 – 100 miles of Oxford where it was first recorded in the wild in 1910. Recorded in 10% of the 2852 10 x 10 km grid squares surveyed for the Atlas of the British Flora (2002), but probably under-reported. See map:

It germinates mainly in autumn and winter, from October to early March, and is more tolerant of freezing conditions than common wild-oat.

Both species may occur within a single field, sometimes in mixture but sometimes in discrete, separate patches.

Why does identification of species matter?

Damage: wild-oats are one of the most competitive of the common grass-weed species with similar competitive abilities to Italian rye-grass and sterile brome. A population of five plants/m2 typically causes a yield loss of 5% in cereals, but much higher crop losses can occur in severe infestations, especially if crop lodging occurs. High populations can slow harvesting and, because not all seeds are shed before harvest, there can be considerable contamination of grain and straw, especially in winter barley.

Agro-ecology – biology underpinning control strategies: seeds of both wild-oat species tend to have longer dormancy, and be slightly more persistent in the soil, than black-grass, rye-grass and bromes. Longevity of seeds in annually, deeply cultivated soil is not as great as is often believed, being similar to black-grass (70 – 80% decline per year). However, in the absence of cultivations, such as under a grass ley or seeds below the depth of cultivation, survival can be greater. The large size of wild-oat seeds means that seedlings can emerge from greater depths (10 – 15 cm or more) than most other grass-weeds. Populations tend not to build up as fast as other major grass-weeds as fewer seeds are produced. One consequence is that the level of control needed to prevent populations increasing is only 75 – 85%, which is much less than that for black-grass (>95%). This is the main reason why wild-oats have been relatively easier to control than other grass-weeds.

Preventing seed production should enable wild-oat populations to be substantially reduced within two – three years, but total eradication is a considerable, but not totally unrealistic, challenge. Reducing infestations to at least roguable levels should be the aim. The more protracted emergence patterns and potential for emergence from greater depths (10 – 15 cm or more) in the soil means that non-chemical methods of control, such as later autumn drilling, spring cropping and ploughing, are less effective than for other major grass-weeds.

Herbicide resistant wild-oats were first found in the UK in 1994 and now occur on >250 farms in 28 counties. Resistance has been identified in both species. ACCase (‘fop’/’dim’/’den’) target site resistance has been found but, in contrast to black-grass, this tends to affect ‘fops’ only and not ‘dims’ (e.g. cycloxydim) or ‘dens’ (pinoxaden), which often remain effective. However, enhanced metabolic resistance is the commonest mechanism and this can reduce the efficacy of most ACCase and ALS inhibiting herbicides.

Although resistance in wild-oats is currently much less of a problem compared with black-grass, the risk should not be ignored because:

If resistance is suspected, seed samples should be collected in late July and tested in standard assays.

Do you have Wild Oat? 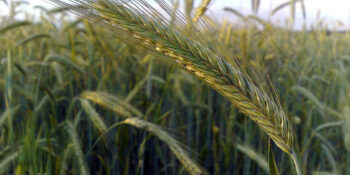