Do you have Fusarium Ear Blight?

Ear blight is caused by a complex of species in the genus Fusarium, Giberella and Microdochium. The species of main concern on wheat in the UK are F. culmorum and F. graminearum, which produce the toxin deoxynivalenol or DON in addition to reducing yield. The disease is gradually increasing in incidence in UK and also occurs on barley, oats, rye and triticale.

The most abundant pathogen causing ear blight is Microdochium nivale, which occurs on infected debris and is also spread by infected seed, causing seedling blight and foot rot. Both F. culmorum and F. graminearum can also infect the stem base, causing foot rot, which leads to early senescence and reduced yields.

Additionally, both species release spores that spread to infect the ears at flowering. For F. culmorum, this is by rain-splashed asexually-produced spores called conidia, while for F. graminearum, wind dispersed sexually-produced spores (ascospores) act as inoculum. These are released from fruiting bodies at the stem base or infected crop debris from previous crops.

The ear blight symptoms appear as patches of early senescence and bleaching on the ears, with harvested grains appearing pale, shrivelled and often tinged with pink pigmentation (grains on right hand side in photo below compared to healthy on left).

The disease is encouraged by minimal tillage and a locally high density of cereal cropping (for F. graminearum, maize cropping particularly encourages the disease because large amounts of spores are produced on the crop debris). The photo below shows fruiting bodies of F. graminearum on a maize kernel – a potent source of inoculum.

Current recommendations (2022) against fusarium ear blight are to use azoles alone or in a mixture (e.g. prothioconazole + tebuconazole).

Recently a new SDHI (pydiflumetofen traded as ADEPIDYN™) was reported to have good efficacy when used with a triazole (prothioconazole) in a study by Simon Edwards (2022) doi: 10.3390/toxins14010034

Various seed treatments are also advised to reduce seedling and foot rot caused by these pathogens.

Generally T1 and T2 applications can reduce inoculum slightly but fungicides are most effective if applied at exactly the right time for fusarium control. This is T3, which is best at the very start of flowering. Often late tillers that are also low in the canopy and may be in a more humid microclimate are at increased risk of infection so spray timings may need to be delayed slightly to offer more protection to late tillers where these are frequent due to low plant density.

As indicated in previous sections, the disease can be reduced by avoiding rotations including maize, ploughing, and choosing varieties that have increased resistance.

The SAFEMalt project have released guidelines for protecting the quality and yield of malting barley against Fusarium head blight.

Fungicides at T2 (GS 39/45) and T3 (GS 59) alternating in their mode of action are most effective against diverse populations of FHB pathogens, for example strobilurins and succinate dehydrogenase inhibitors should not be used consecutively.

Delayed harvest of up to 4 weeks coinciding with rainfall leads to a significant increase in DNA of F. graminearum and Microdochium nivale and accumulation of mycotoxins (zearalenone) and therefore grain should be harvested with minimum delay once ripe.

The elite barley cultivars (Shuffle, Propino, Tipple, Quench, Optic, Concerto) tested during the SAFEMalt project have narrow range of variation in their response to FHB indicating moderate to high susceptibility to FHB.

Do you have Fusarium Ear Blight? 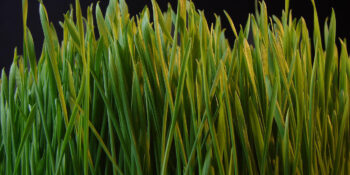